Cody looked closer at the little plastic square. "Ageless," it said, "Do not eat." It had come with his beef jerky, and he had nearly thrown it away. But that word, "ageless" captivated him. 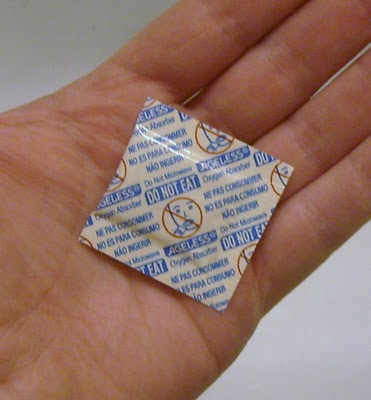 What would it be like to live forever? To never grow old, never lose his hair like Dad, never strain on the toilet like Grampa? If someone lived long enough, they could rule the world.

Clearly, whoever had made Ageless didn't want others sharing in their immortality, using the warnings to frighten people away. Cody was braver than that. Smarter. He sliced into the packet and consumed the sand-like substance inside. Soon, he'd be ageless too.

Funeral services for
CODY JUDY JENSON
Will be held at Renton Mortuary
April 26th at 3:00pm.

Posted by Rish Outfield at 1:24 PM

This one is my favorite so far.