I saw a bumper sticker on the back of a car yesterday that read, simply, "BUMPER STICKER." You know, I'm not sure if that's stupid, or actually really, really clever.
Posted by Rish Outfield at 4:20 PM No comments:

Levon Helm died today. He was lead singer of The Band. I'm too young or too sheltered to have ever been a fan of The Band. I know who Helm is because of Marc Cohn's song "Listening To Levon." That is enough to make me love the man. That's kind of a neat thing about community (the concept, not the TV show, though that has been pretty neat): the people who came before can share with us what was important to them, and to a lesser extent, they then become important to us. I was reminded of a conversation I had with my cousin, who has no love or respect for the Beatles (or Shakespeare, which he reminds me of often), because he was raised in a kind of religious vaccuum.* I was trying to express how influential and game-changing the Beatles were, and why they were so vital to the history of Rock & Roll, and the music we listen to today. And it occurred to me that the Beatles were already broken up by the time I was even born, and I was just passing on what people had said to me over the years. I guess that's what history is all about. And I remind you again that we're all going to die in just a little while. Rish "Mary, You Know Who You Are" Outfield *Not that I wasn't, having grown up in a town that actually barred MTV from the cable offerings, but he really was.
Posted by Rish Outfield at 11:04 PM No comments:

So, Dick Clark passed away today, of a heart problem. He was eighty two years young.

I wasn't going to write up anything, because Clark was more of an influence on my parents' generation than my own. They called him "The World's Oldest Teenager," and I liked that. I would dig being called that too, as long as it was a compliment and not, well, the truth. 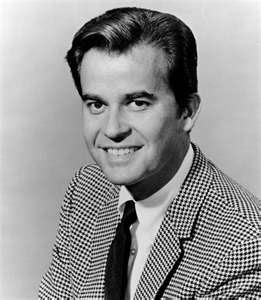 I did used to joke around that Clark was a vampire because he never seemed to age . . . but then, the stroke happened. You remember that? His first appearance on "New Year's Rockin' Eve" after having a stroke, when he struggled to be understood and bummed out literally an entire country of revelers?

And that's the thing, the reason I decided to go ahead and blog about it: Dick Clark is significant for me because he was the voice of New Year's as a child, and as an adult, he was sort of the ghastly voice of inevitable death.

I remember that year a post-stroke Kirk Douglas spoke at the Oscars, or the year (1996?) that Christopher Reeve came out in his wheelchair and-- You know, that's a much better example for me. Reeve was frigging SUPERMAN, for Zod's sake, and to see him unable to walk, wave, or even hold himself up was like a wake up call to morals everywhere, telling them "As you are now, I once was. As I am now, you soon will be."*

That the eternally young Dick Clark could be ravaged by time, and struggle with making his jolly New Year's greetings understood was a not-so-subtle reminder that we are all bound for the grave, and that, sooner or later, it'll be us mumbling our words, or on that slab, or in that oblong box. 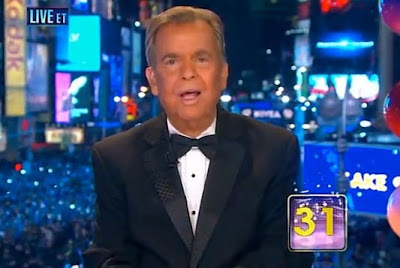 It sucks to get old, kids. One day soon, you'll start finding white hairs in your temples or beard or eyebrows or taint, and find it harder to keep the pounds off (or on). There's your first clue.

The second? What is that dark figure standing just outside your peripheral vision? Turn, look directly at it, and it's gone.

*I saw this on a headstone in a photograph once, and it nearly caused me to brown my Fruit of the Looms.

P.S. In trying to grab a photo of Dick Clark for this post, I was informed that I had done a pornographic picture search and had to enter my birthdate. I wonder how many others had that problem at work today.