I recorded this years ago for use in an episode . . . then promptly forgot about it.

If you listen, you'll see why. 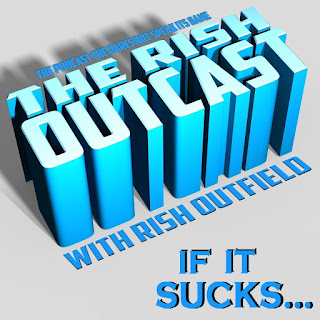 In this one, Rish talks about what to do when you produce something that sucks.  And that's about it.

Oh, and Fake Sean waits for a star to fall.

If you're feeling up to it, you can download the episode by Right-Clicking HERE.

And here's the link to "Varcolac," if you wanted to check that out.  Text version too!
Posted by Rish Outfield at 12:56 PM 2 comments: 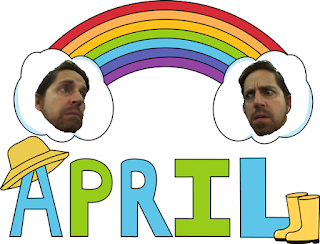 It's past the middle of the month when I'm typing this.  Guess I care a lot less than I did just a few weeks ago.  Sorry.
Here were my goals for April:
1.  Publish ONE more story.

Don't think that happened.  Unless the ones for Patreon count.  And they don't.

Oh, you know, I did end up publishing "Chalupadale - Next Exit" on Amazon.  I'm not even sure why.  Tis a silly story.

2.  Type up ONE more story and ONE novella.

Hmm.  I typed up "Murdertown - One Mile" and got "Library Week" formatted for publishing.  I guess those count.

I got stalled in the middle of the novella, though.  After going to the library twice or more times a week for February and March, I haven't even gone once a week in the last month.  And the library is where I force myself to sit and write (or type up writing) with absolutely no distractions.  I need to go again, I realize that.  But I also need a haircut.

3.  Enter the two newest stories in the contests they were written for.

Hey, this one's good too.  I sent out "Exchange at a Harvest Festival" to one, and "Welcome To Hell" to another.  Not sure if either story is very good, but that wasn't part of the deal, was it?

Oh, and "Welcome To Hell" was my slogan for the decade of the Nineties, by the way.

Grumble.  Bossk in Heaven, I loathed that book.  I got to a point, nearly 3/4ths through, when I just threw my hands up and seriously considered stopping on it altogether, despite the hours of work I had wasted up to that point.  But I forced myself to finish it, and hope to never think of it again.  Although the details of it will pop up in a Rish Outcast one day in the future.

5.  Finish reading "Jager Thunder" and start recording chapters of it.

Yes, I did that, and that's what's taking up the majority of my time right now.  It's going extraordinarily well.  I'm hoping to get it in within the deadline, because, frankly, I've already started spending the money.  My phone's been semi-broken for a couple of months now, and I've vowed to reward myself with a new phone* as soon as I get paid for this.

6.  Work on current novella, "Taste the Blood of Van Helsing."

Man, I was proud when I came up with that title.  Still am, a little bit.  The problem with this project is, it was conceived with the Peter Cushing Abraham Van Helsing in mind . . . and that means as a movie, rather than as a story (or more likely, a book).  I've explained it before: a screenplay I can write, no problem.  A book?  Not so much.

And this piece is definitely supposed to be the (cinematic) story of the final adventure/mission/temptation of Abraham Van Helsing.  There's some good stuff in it, if I do say so myself, but I keep writing it as though it's a movie, with a pre-credits sequence, an opening scene, then a variety of setpieces working toward the end of three acts . . . which COULD be the end of the book/story, but doesn't work as the end of a book so much as it would a movie.  In a movie, you can tie up some of the loose ends and say, "Well, that's all the time we have, children.  There are more stories to be told, but that all depends on the box office.  Goodnight."  In a book, it costs the same to write an 800 page book as a 300 page one,  and I don't have it in me to write a 300 page book.

I'm still writing it, but in fits and starts, and I am about 74% sure I will abandon this one before the end, because of the way the writing is going, and because I know myself.

I'd like to be wrong.  But hey, I'd also like to get nominated for another Parsec Award.

Wow, you're not gonna believe this, but I recorded that, edited it, incorporated it into a Podcast That Dares, made a video of it, and made a trailer video for that video.  I guess I was REALLY enthusiastic about the project.

Boy, I hope someone else is.

I will try to get that published by the last week of May or first week of June.  Hold me to it (of course, the Patreon guys get it first, so keep that in mind).

So, I'd say that's about six-and-a-half goals complete out of the seven.  I was typing up "A Mark on the Sky" and quit working on it, otherwise I'd have all of them done.  I also have another story ready to publish on Amazon, having created the cover art today instead of what I was supposed to be doing.  All in all, not too shabby.
So, now is when I'm supposed to come up with new goals for May . . .
And, well, I'm kind of done with all this.  Sorry again.  No more goals, no more writing every day, no more craps to be given.  'Twas good while it lasted.

If it helps, Big seems to have stopped too.  And that's much more tragic.  Me, I'm still sort of thinking about writing (worked on my story today, in fact), but my priority right now is Abiton's "Jager Thunder" audiobook, and ye olde Rish Outcast.  So, those are still going.
But I'll get back on the horse as soon as the audiobook is done.  That's sort of a goal . . .
Rish Outfield, Goal Eff Yourself
*Okay, probably a used one off of eBay rather than the kind of phones the people around me keep buying.  Look, you can't live on your own in Los Angeles--well below the poverty level and struggling to make rent each month--without learning to be frugal.  Okay, I can't, anyway.
Posted by Rish Outfield at 9:58 PM 2 comments:

This was on the tail end of a recent episode, but feel free to share it with your dog, parakeet, or monkey.  Not the cat, though, please.

And be warned (maybe I'll do a whole post about it), the next episode of the Outcast is for Patreon supporters only.
Posted by Rish Outfield at 7:23 AM 1 comment:

Marshal has been very helpful in getting episodes of our "Delusions of Grandeur" podcast out.  A pity nobody's listening.

But you know, he and I are staying in contact, maintaining a . . . friendship(?), and hey, that there is reason enough to continue talking about STAR WARS.

In this episode, we talk about that teaser and ask a bunch of questions that will never be answered. 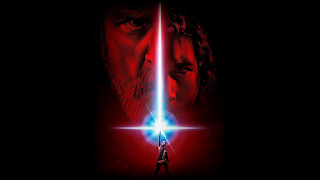 Here it be at this link.
Posted by Rish Outfield at 4:34 PM No comments:

Rish Narrates "Malachi and the Ghost Kitten" by Abigail Hilton

This is the second book in Abbie's Eve and Malachi series.  I thought it was a little disturbing, but hey, I'm only one voice.

Well, a bunch of voices, actually.  But you know what I mean. 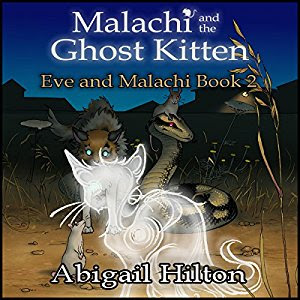 In this second book, Eve, Malachi and company encounter a scary house down the road where many animals enter . . . but none ever leave.  It's an interesting Horror-centric installment with the series, and I would've loved this one most of all as a kid . . . which would have disturbed my parents almost as much as the 2012 copyright on the book.

You can find my reading at this link, or you can probably scoop it up from Abbie directly for cheaper.
Posted by Rish Outfield at 1:06 PM No comments:

So, I have finally published my Brown Depths Monster novella, "Newfound Fame," despite a number of hitches. 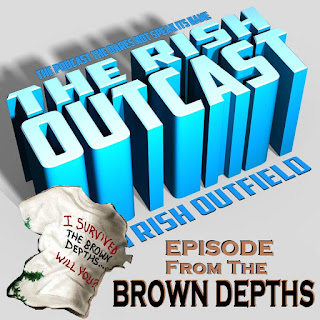 It's the story about the old man who was once in a movie, playing the Creature From the Brown Depths, and in the intervening years, the film has developed a large cult following.  And a legend of a curse on the production.  But is it just a legend?

I talked about it in this episode, if you want to remember with me. 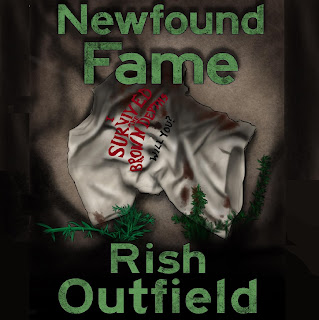 In this episode, I talk about the project, what made it unique, and play a sample.

Plus, the Sobe Lifewater commercial! 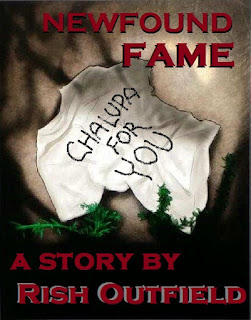 P.S. Okay, the NEXT episode will be for Patreon supporters only.


Marshal Latham, my podcast partner on the "Star Wars: Delusions of Grandeur" podcast sent me a clip from James Luceno's book "Tarkin" to read on the show, and it turned out to be really, really long.  But I still did it.

I made a little video of Grand Moff Tarkin to go with it.  This one isn't supposed to be funny (unless hearing me try to sound like Peter Cushing is funny to you).
Posted by Rish Outfield at 11:22 PM No comments: