(written before seeing The Force Awakens)

Today, the new STAR WARS movie comes out. Exciting, yes, but also daunting, a little scary, and potentially sad if I don't enjoy it.  J.J. Abrams did a fantastic job, though, in keeping most of the plot, action, and surprises a secret from us, and I really appreciate that.  The final trailer­­ which was the last thing I saw about the movie, purposely trying to keep myself from spoilers, ­­introduced three characters, and in the segment dedicated to Rey, a voice (Leia?) asks, "Who are you?" and our heroine's response is, "I'm no one."

For some reason, this is the thing that grabbed me hardest in the trailer (though Kylo Ren's devotion to the long-dead Darth Vader, and Han acting as some kind of Obi-Wan Kenobi really struck me as well).  That spoke to me, even though it's out of context and probably not even close to what I'm interpreting it as.

The idea of being a nobody, of not mattering, is something that is always with me. As I've gotten older and seen people around me achieve their dreams, or barring that, putting away their dreams and settling for more ­reachable goals and pursuits, it's become clearer and clearer that I've not made much of my life. That I'm not special or unique or great. That I'm no one.

Sad, sure, but what can you do? 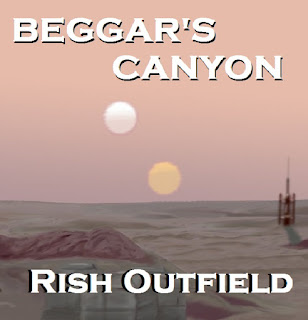 Not long ago, I was in a conversation where I wondered what happened to Luke
Skywalker's T­-16 (the flying vehicle he mentions and you see briefly in one scene), and ultimately decided it was probably destroyed by Stormtroopers. But pondering about Luke's life on Tatooine, and what his childhood might have been like got me thinking.

"Beggar's Canyon" was the result. It's a story (probably too long) that takes place on Luke's homeworld, set before we meet him in STAR WARS.  I'm presenting it here on the Rish Outcast (in two parts), and Marshal Latham will be presenting it over on the Delusions of Grandeur podcast (in one part right here). As I say here or next time, this was probably the most pleasurable thing I've written in my adult life (a pleasure to write, not sure about listening to it), and even if it's not a particularly good story, it gave me the opportunity to write in that universe I so love: the Star Wars franchise as it existed in 1995.

I'll be back soon to present the second half of the tale. So if it's at all possible, enjoy.

Also, ole Marshal Latham did a full-cast, music and sound effects version over on the Delusions of Grandeur podcast, after which the two of us further discuss the story.  Check it out here, boys and girls!

So, here is the second half of "Unconventional." 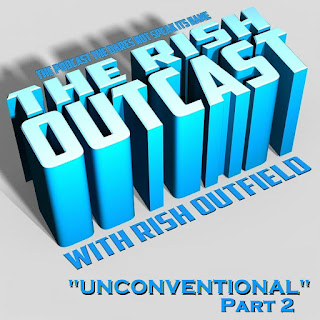 I did jot down some plans for a sequel to this tale, but they never went anywhere.  Feel free to encourage me, or say nothing, and I'll forget.


If your thing is to download the file, Right-Click on this here LINK.
Posted by Rish Outfield at 10:51 PM 1 comment: