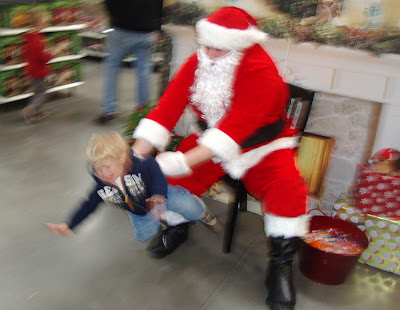 At work the other night, one of the coworkers wanted a copy of BENCHWARMERS (of all movies), but another coworker grabbed it off the shelf. She shouted, "He stole it from me!"

I said, "What, what did they steal from you, Gollum?"

To which she said, "Gollum? You're creepy."

Well, I guess you had to have been there, but I thought her comment was pretty funny. Until she complains to the manager and I get terminated for it, I choose to look back and laugh.

Posted by Rish Outfield at 12:31 AM No comments:

Underneath "Under the Dome"

So, for the last little while, I've been reading Stephen King's newest book "Under the Dome." From almost the first page, I was shocked by how good it was, by how fast it moved, and by how captivating and direct it was (as opposed to the meandering narratives he's fabricated these last few years). Now, while I'm only halfway through it in writing this, I'm tempted to proclaim the new book not just good, but great.

And what strikes me most about the book is how much it feels like OLD Stephen King, the kind of book he wrote in the Seventies and early Eighties (like, the pre-"IT" days). The storytelling is just so solid and compelling, it serves as a reminder as to why he was the biggest novelist in the world for a number of years there.

While this delights me--and it does, believe me, after so many books like "Lisey's Story" and "From A Buick 8"--it also confuses me. How can his writing degenerate so badly, and then come back again? Back to the top of his game?

I wrote this a while back, but was hesitant to post it, because of my recent experience with a book where I raved about how great it was, only to find myself disliking the seismic shift in tone it took later on.

Apparently, this was a book King started in the Seventies, only to abandon, pick up again a few years later, and abandon a second time. I figured that we'd hit a point where it would change style, and become the meandering, aimless yarn I've come to expect with the modern King.

But it didn't.* I was more satisfied with "Under the Dome" than I have been with a King book in a long, long time. And more amazingly, even though it's over a thousand pages long, I despaired when I neared the end, and could have handled a couple hundred more pages.

*True, there is a point where the feel of the book changes rather dramatically, and while I can see people complaining about that, it felt pretty built-to and organic to me.
Posted by Rish Outfield at 1:29 PM 1 comment:

My cousin sent me this cartoon today. It's only funny to me.

Posted by Rish Outfield at 1:25 PM No comments: