Wow, check out the calendar.  Looks like I'm getting this right under the wire.*

In honor of my favorite holiday (and yours as well, don't you dare argue), here is my short story "Halloween Night." 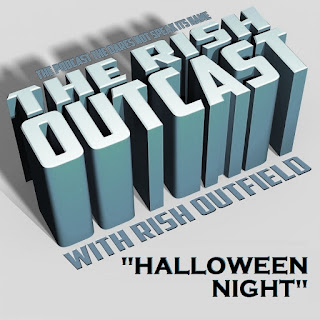 This was written fifteen years back, based on the picture down below.


If you're up to downloading this episode, then Right-Click HERE.

Left-Click HERE to head over to my Patreon page.

*And sorry about so many episodes in the month of October.  My math was off. 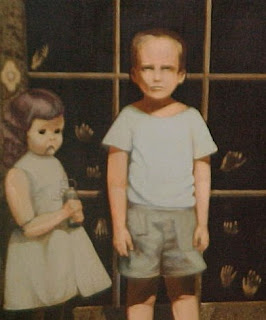 Rish Outcast 89: Cabin in the Woods

Rish goes to the family cabin by himself for the first time.  And the last?* 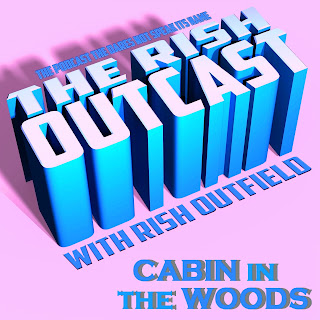 Also, Fake Sean and company want it that way.

Hey you.  You wanna download this sucker?  Right-Click HERE.

Unless the link doesn't work.  Then you can't.

As always, I have a Patreon Page HERE where you can support me with money, instead of just thoughts and prayers.

If you're interested in the next episode of my solo podcast, I'm performing the uncollected Stephen King short story "The Reploids," about a stranger who comes out from behind the "Tonight Show" curtain when Johnny Carson's name is announced.  It is only available for Patreon supporters, though I'm not charging for that particular show.

You can find my Patreon page HERE. 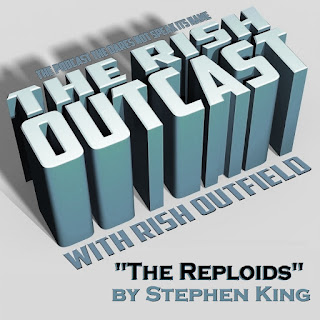 And be warned: on the same trip, I recorded two more Incentive episodes of the Rish Outcast, which I'll be putting out there in the coming months.

Thanks, and on with the countdown.
Posted by Rish Outfield at 9:31 PM 1 comment:

A combination episode of my New Year's show (timely, yes), and one from just the other day, wherein I talk about boredom, upcoming goals, and recount an almost-story about the film industry. 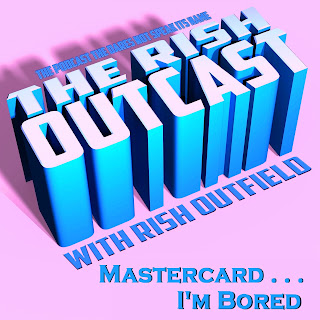 Note: Because time is fleeting (and madness takes its toll), the next episode will be for Patreon supporters only.  That way, the Halloween episode can drop before Halloween.  Listen, but not for very much longer.
Posted by Rish Outfield at 5:49 PM No comments:

So, I was fortunate enough to lend my voice to another of John Ballentine's impressive audio dramas over at "Campfire Radio Theater."  This one was called "Death and Alchemy," adapted by a short story by the bearded Patrick Moody.

This one be just as delightful as the others I've participated in, which is a zombie plague tale set in Victorian London.  I am always impressed by the soundscape and am often surprised by the emotional resonance these guys wrest from the audio drama format.  Check it out at THIS LINK! John asked me if I could play a cranky old Scottish man, and I smiled big, thinking of my omnipresent imaginary friend and podcast partner.  Unfortunately, once I thought of it, it became difficult NOT to sound like Connery, try as I might.

Kind of mean, in retrospect, that John Ballentine.
Posted by Rish Outfield at 11:20 PM No comments:

In this episode, I present a short story . . . oh, what was it called again?

"Romantic Interlude," that's what it was!  Well, I think so anyway. 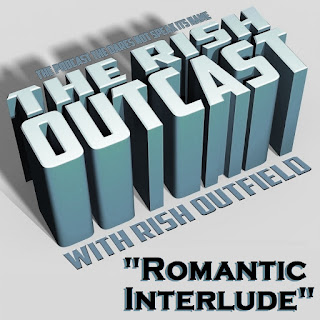 It's another meandering Rish Outcast episode, and another day of sun!

Hey, if you want to download the darn thing, Right-Click HERE.

And want to support my Patreon?  Left-Click HERE.
Posted by Rish Outfield at 4:18 PM No comments:

"Well, I don't know, but I've been told,
You never slow down, you never grow old." 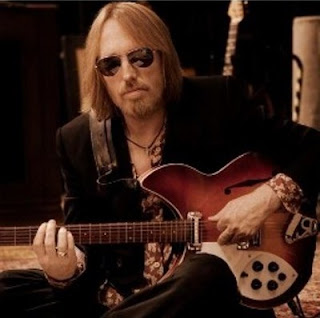 Even the losers get lucky sometimes.

I saw Tom Petty and the Heartbreakers in concert only once, down in Irvine, California, with Jackson Browne as the opening act.  My friend Jeff drove all the way to Los Angeles so we could go together, and the traffic was among the worst I have ever encountered.  We finally got in as Browne played his last song.

But hey, we caught the whole Petty show, and both of us knew almost all the songs.  I had just got my first cellphone, and I used the Voice Memo feature to record his performance of "Free Fallin'."  Just the audio of that one song filled up all the memory of that phone.

My niece told me Petty had died on Monday, and I was bummed and emailed Jeff, who is eight hours ahead and might have never found out otherwise (not sure how the news works on the other side of the world).  Oddly enough, his Wikipedia page said nothing about his death, and the most recent article had been about the last concert he performed, the week early in Hollywood.

Conflicting reports started to show up, some sources saying he had died that morning, but some saying his condition was unclear.  The LAPD issued a statement that they had not, as reported, issued a statement about his death (and that the LAPD didn't tend to issue celebrity death statements), so for a while there, I kept doing new searches to find out whether he was gone or not.  He had suffered cardiac arrest and been pronounced dead at his home, he had been taken to the hospital and doctors were attending to him, he was in a coma, he was resting and looking forward to spending time with his new granddaughter, and most dubiously, he was a twenty-four year old blond woman and had been bassist for Grand Funk Railroad.

But that evening, the news came again, this time officially, that he had died, and a couple of publications stated that, in true rock star fashion, the sixty-six year old had died twice in one day.

"Well, I know what's right;
I've got just one life.
In a world that keeps on pushin' me around,
I will stand my ground."
Posted by Rish Outfield at 9:50 AM No comments:

Well, this one has been a long time in coming.  In what'll probably be my longest-ever episode, I record my thoughts about my father, our last times together, and the frustrating and exhausting days after that. 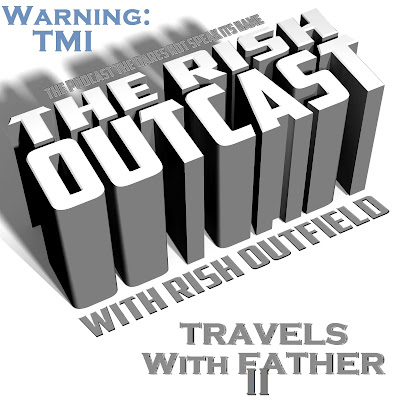 Again, this episode is the MUTHA of over-shares, so if you don't want to see how they make the sausage, and what happens to it when the body is through, you may consider skipping this one.

If that's the case, I'll be back to my regular shenanigans in just a week or so.

Also, I attempted to do a video version of the 2017 introduction, but the video stopped recording after six minutes, leaving only the audio.  If you feel like checking that out, it's here: