So, here's the rest of that Western/Horror tale with the funny name*  This one's different from the Ben Parks stories, although they both take place in the American West, at the end of the nineteenth century, and focus on a pre-teen boy. 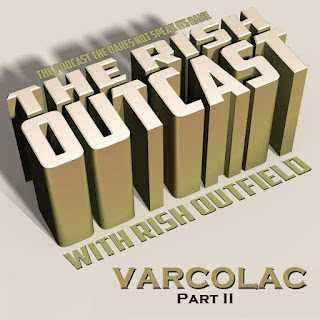 Do you long to give something back to Rish (other than your thoughts and prayers)?  Click HERE to support him on Patreon!

Once again, Gary Dowell contacted me to do another story reading over on the Far-Fetched Fables podcast.  Every time big-shot podcasters ask me to narrate for them, I pray (to Pan, most often) I get a good one.  This particular fable is "Customer Service Hobgoblin" by Paul Hardy.*

Dang, this is a good one, sirs and madam.  Basically, a snarky minor deity has fallen on hard times and is forced to process prayers in a call center, which is humiliating enough for us mere mortals.  It's clever, it's funny, and it's got an awesome narrator. 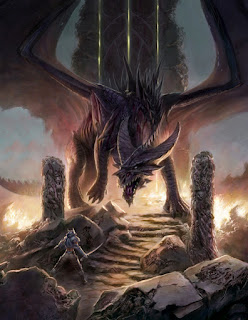 Check it out RIGHT HERE.

*A right old Englishman, if I ever sawr one.  And a tale obviously written to be read by an Englishman as well.
Posted by Rish Outfield at 10:44 PM 1 comment:

So, this was the episode that got postponed from October.  I'm presenting my short story/novella* "Varcolac," which is long enough I felt safe in splitting it in two.  No qualms there. 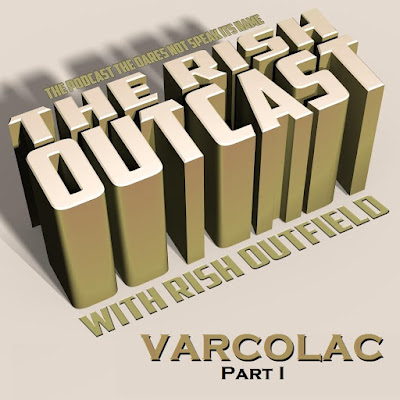 "Varcolac" is the second Western story I ever wrote, but it differs from "Birth of a Sidekick" in that it's a Weird Western (if that's what a Western combined with another genre is called, in this case, Mystery or Horror).  Give it a listen, y'all.

Go right ahead and download the show, when you Right-Click HERE.

Destined to be a Patreon Supporter?  Well, just go HERE.

*Novelette?  Don't get me started.
Posted by Rish Outfield at 6:05 AM 1 comment:

My Story "The Sleeping Princess Wakes" over on Delusions of Grandeur

Two years ago, I wrote my young Luke Skywalker story "Beggar's Canyon," which I shared on both my own show and the "Star Wars: Delusions of Grandeur" podcast I do with Grandpa Latham, right before THE FORCE AWAKEN(ed).  Well, following that tradition, here's a similar story presented on the show, "The Sleeping Princess Wakes," which comes out right before the JEDI LAST(s). 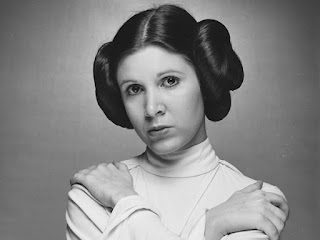 This story, which I talked about in 2015 but wasn't ambitious enough to write, tells a vignette about the teenaged Leia Organa, when she first meets Grand Moff Tarkin, and the seeds of rebellion that are planted within her.   It's fan-fiction, sure, but I hope it's enjoyable, quality fan-fiction.

Anyway, head on over to the DoG podcast, as Marshal and I affectionately call it, and hear my reading of it, as well as our discussion afterward.  If you dig it, there could be more to come.
Posted by Rish Outfield at 1:57 PM No comments:

In another TMI episode, Rish talks about being a disappointment to his parents, and generally falling short of expectations.  Fun stuff. 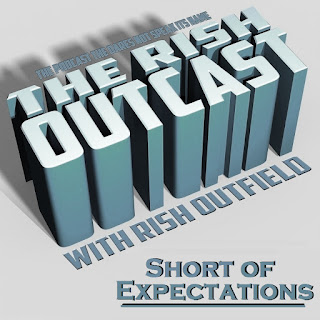 Next week, we'll get to that delayed two-part episode.

Come support my Patreon fund, at THIS LINK.

Oh, and Right-Click HERE if you've changed your mind about downloading the episode.
Posted by Rish Outfield at 1:28 PM No comments:

I haven't posted much here lately, except for my Outcast episodes (which ain't nothin', I freely boast).

But I have recorded a couple of stories for other podcasts (including a sequel to the story I get the most compliments about, so there's that), Abbie tells me she's almost ready to send me stuff to record, and I'm on the edge of actually publishing another novella (there are some just sitting, farting around on my hard drive, helping nobody).

The blame is twofold: 1) Obviously, my lack of ambition.  To me, actually WRITING something is quite an achievement, and years of amateur storytelling has left me without a burning need to share it with anyone.  I feel good when I finish something (even if it's not very good), and that was the goal.

And 2) the bots-damn cover art once again stymies me.  I have ideas in my head and no way to implement them, and whatever I create always looks like what it is: somebody who doesn't know what he's doing putting out the absolute minimum of effort to get it out there.

I wish I could just create cover art like this: 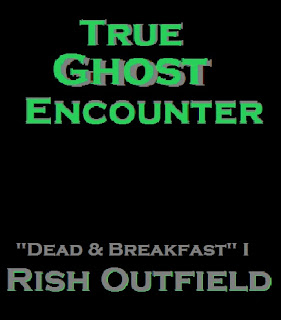 I wonder what would happen if I just put out eight or ten stories with covers like that and, one day in the future, swapped them out with better art.  At least they would be published, which is a start.

Anyway, I do have several Outcast episodes on the schedule, a finished Dunesteef in the Dropbox, and another That Gets My Goat we just recorded.  So, stay tuned.  Like the man said, there is more to come.
Posted by Rish Outfield at 11:02 AM No comments: