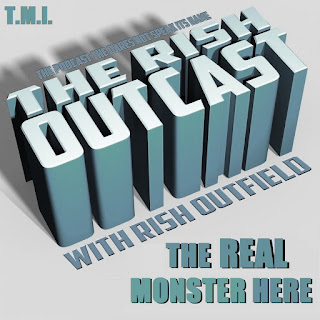 Stuck driving to the airport, I ponder the recent funeral for my cousin, my own moral barometer, and a line from Sam Raimi's DARKMAN that has always bothered me.

Oh, and spoilers for "The Servants of Twilight," TRANSCENDENCE, and life itself.

Just Left-Click HERE to support me on Patreon.

Posted by Rish Outfield at 4:25 PM No comments:

Fatherhood of the Wolf

Today's Father's Day, and I'm reminded of a couple of days ago when I was at the thrift store, and I walked past a couch with a bust or sculpture on it. 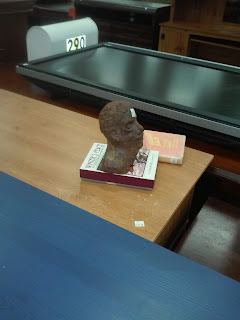 I stopped, and looked again.  From where I stood, it was a brown sculpture of . . . the Lon Chaney Jr. Wolf Man.  Cool, huh? 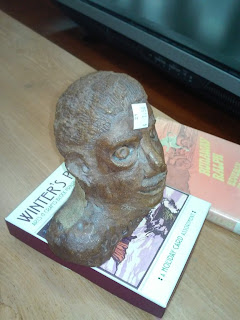 So, of course I went back to examine it.  The 1941 Wolf Man has always been my favorite Universal Monster, and it tickled me to discover there was a bust made of it, even if it was clear that it was just a fan that had sculpted it, rather than a professional.

But then I looked again.  It said, underneath the head "You're Number 1 Dad." 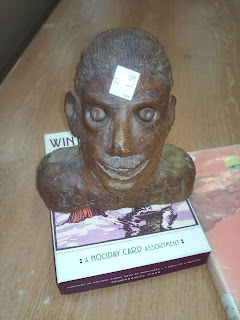 I looked again, and now it was clear that it was no movie werewolf, but this was a sculpture of an ordinary man with a bushy moustache.

I was disappointed, to say the least. 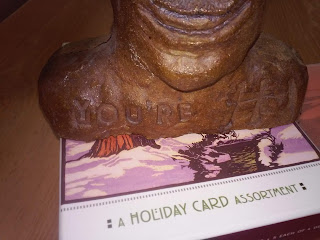 But isn't it possible that, over the years, Larry Talbot married and settled down and became some kid's number one dad? 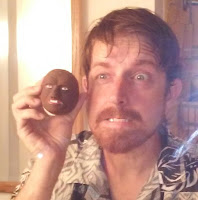 Posted by Rish Outfield at 10:11 AM No comments: 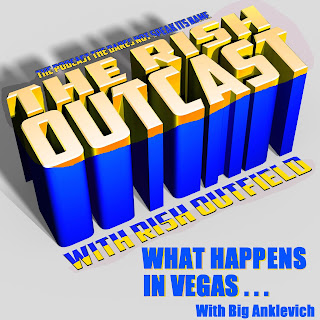 What DOES happen in Vegas, kids?

To find out, I guess you gotta support me on Patreon.  You see, this is one of those Incentive Episodes, wherein Big Anklevich joins me for a tale of woe and of wonder in the nation's capital, Las Vegas, Nevada.  Check it out HERE!

Note: It has been brought to my attention that the nation's capital is NOT Las Vegas, Nevada.  Sorry about that.  Maybe it's Reno.
Posted by Rish Outfield at 10:36 PM No comments:

Once upon a time, Marshal Latham and I had a movie podcast called "Outfield Excursions," wherein we talked about a movie he picked one show, and a movie I picked the next.  At least that's how it works in theory.

Well, I sort of forced the guy to sit down and watch DRACULA UNTOLD because I had gotten it from the library and enjoying the way it began, I paused the movie and called Marshal up to tell him about it.  If you want to hear our discussion about the movie, and whether I regret that phone call, you can check it out RIGHT HERE at the Journey Into... website.

Posted by Rish Outfield at 1:12 AM No comments: