Anyway, I worked on a movie yesterday starring Tori Spelling. She was so disturbingly odd-looking that I meant to go home and do a blog post where I said, "I worked with Tori Spelling today. My mommy said there were no monsters, no real ones. But there are, aren't there?" I even thought about searching the internet for a picture of Newt from ALIENS, thinking myself oh-so-clever.

But as the hours passed, and I saw how friendly and professional on the set she was, it occurred to me, that even though in the Nineties Tori Spelling was a joke among me and my friends,* and a punchline among comedians**, today, she's heads and shoulders more of a real celebrity than the Snookies, Kate Gosselins, and Kardashians who people fawn over twenty-three hours a day.***

I mean, nepotism aside, Tori Spelling actually played a part on that "90210" show, and worked for years on it and other projects, where, talentless or not, she actually held down a job, toed the line, and acted a part . . . which is a hell of a lot more than the worthless, reality-show skanks and cockumentary starlets the tabloids worship today. And I stood there watching Spelling perform memorized dialogue in take after take, realizing that, when you weigh it, she has done more to contribute to the face of entertainment than the vast majority of "celebrities" who make headlines partying or vomiting or buying things or going to rehab or carrying around little dogs or throwing their valuables or copulating for the cameras in the 2010s.

And I simply couldn't make my nasty little anti-Tori Spelling blog post. You see, she's actually a person, I discovered. Whereas the others . . . well, there's not a lot of evidence either way. 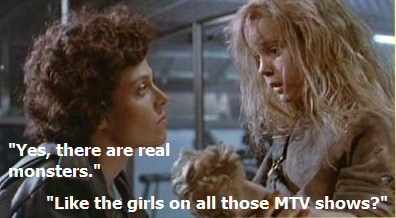 *My uncle has a house in Las Vegas just a couple blocks up from Torrey Pines Boulevard, and when my roommate John and I would drive up there, we'd always say it was Tori Spelling Pines. Sick, I know, but we were twisted, unloved creatures in those days. And I still am.

**I remember Dennis Miller joking that our society was so out of touch for real celebrities, he had seen the word "zeitgeist" used in a Vanity Fair article about Tori Spelling.

***The other hour, of course, is dedicated to lobbing verbal feces about political candidates and party leaders.


Posted by Rish Outfield at 2:01 PM No comments:

Hurray, it's the worst day of the year. Even worse than Remember Hitler Fondly Day (observed). But I'll try not to let it get to me.

If you've listened to one episode of my show in particular, you'll know I'm no fan of poetry. I have written my share of poems in the past, but they've nearly always been inspired by some unrequited infatuation thing that either ended badly or never started at all.

I guess that's left a bad taste for poetry in my mouth. We don't do poems on our show, and truth be told, I've never done a poem for anybody else's show. Until now.

Graeme Dunlop over at Cast of Wonders asked me to read/perform a short poem, and I recorded it this week (twice, since the settings were off the first time). I'm so unfamiliar with poetry that Big Anklevich had to tell me how to read the meter, where to pause, and correct me when I kept doing it wrong (and my guess is, I still did it wrong, but he just threw his mental hands in the air).

Even so, I was reminded of being in Ms. Collins's class, which would've been Sixth Grade, and everyone being assigned to read/recite a poem in front of the class. I thought about it, and presented "The Earl-King," a creepy ode to terrors of the night that I hope caused unrest in at least one of my fellow students.

For gits and shiggles, I present that poem here (a recording I did a year or two back, with the good old craptastic microphone). Enjoy?

Posted by Rish Outfield at 11:45 AM No comments:

It’s a weekend in the winter, and I’m out of town on a gambling trip with my sisters and brother-in-law.  Over the last year or so, I’ve really tried to spend time with them learning to play Texas Hold‘em (and Blackjack, Roulette, and Craps, to a much lesser extent).  I rarely win any money, but I never bring much to begin with, so it’s alright if I lose it, I suppose.

The three of us came out here not too long ago (what, three hours?  Just over that?), and my big sister won quite a bit when she first arrived.  She handed me most of those winnings to put in my wallet so that, even if she madly blew through all the money she had, she could still go home ahead of when she started.  It was a clever move, and I wondered why people don’t do that sort of thing all the time.

Then it occurred to me: people don’t usually win when they go to casinos, let alone right after they walk into a casino.  Sure enough, I blew through what little money I had had to spare for this trip, and ended up walking around, watching my sisters gamble, thinking I’d be better off in the room, watching the “Walking Dead” marathon on AMC.

I’ve never really been lucky at the whole gambling thing, not like my brother is.  And though I accompany my sister to poker games every other week or so, I’ve never, ever won a game.  Which makes me wonder why I’d keep going with her.

At least my sister knows she can give me money to hold onto and that I won’t spend it or gamble with it myself.  My brother-in-law has a bit of a problem with this (he’s of the philosophy that you have to spend money to make money, and though he blows a huge amount every trip, the few times he’s won, he REALLY won), but then he also enjoys the raising of the wrist, as Monty Python called it, and may forget how much he had or has spent.

The point of being here wasn't really to spend time with our siblings, you see.  We’re here gambling, and I didn’t really have any money to gamble with, but I brought what little I had, and . . . I lost it all. Ah well.


I did, however briefly, consider getting more from the ATM, but I have a strange, almost OCD block against getting money from strange ATMs, and have probably done so twice (maybe thrice) in the past fifteen years.  Instead, I wandered around, watching people win and lose, and thought about writing a story about a kid who gets drunk at a casino and starts to see monsters walking around, pretending to be regular gamblers.  Nobody else notices them, but he’s too drunk to do anything about it.

I know that’s the kind of story I always write, but you never know how one idea will inspire another, and something good could come of it, right?

So, I’m here in the motel room, by myself, naturally, and watching NOTTING HILL. There are two moments that don’t ring true to me in that flick (actually, the way Julia Roberts say “Nonsense it is” has always seemed awkward): the first is that the guys next to their table would be talking vulgarly about her, and the second is that a vegetarian would eat whatever was served to her just to be polite. I actually quite love the latter, as it’s the sort of thing that a man would want to marry a woman over, but since pretty much every single vegetarian I’ve ever met is a holier-than-thou douchebag, it just beggars believability.

Still, I adore that movie, and now my family has come back to the room, and I don’t get to continue watching it.  Just remind me to watch it someday in the future.


So, after I lost all the money, my sister told me she’d gotten a text that Whitney Houston had died.  I didn’t believe it at first, but sure enough, it was the big story on CNN.  You know, that’s too bad.  I was a really big Whitney Houston fan in my day.  Her second album was the first record by a female artist I ever bought, and in those days, I’d listen to those things over and over again. 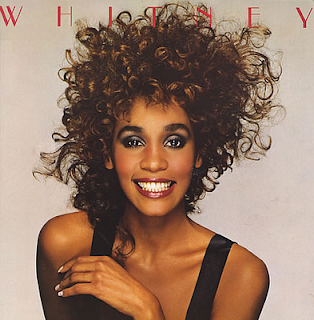 I know that her music quality went way down, or people got sick to death of her BODYGUARD songs, but I’ve nothing but nostalgia for her early music.  She was forty-eight, and you know, that ain’t that old.  It seemed old as a kid, sure, but it’s right around the corner, and who knows if she would’ve made more good music, or had some kind of middle-aged career resurgence.

Rish
Posted by Rish Outfield at 12:27 AM No comments:

Babysitter of the Year: The Next Generation

My sister had an appointment this morning, so I was taking care of her kids, and while I was putting some socks on, I heard my older nephew (4) say, "Ewww!" The sound was coming from the bathroom, so I entered to investigate. My younger nephew (1) was standing beside the toilet, and he . . . was dipping his pacifier in the toilet water, then putting it in his mouth. And repeating the motion.

I'm not sure if I'll say anything about this. Good thing my sister doesn't read my blog.
Posted by Rish Outfield at 9:42 AM No comments:

I was listening to the radio yesterday, and switching through the channels, I hit upon that "I'm on the edge of glory..." song, that I imagine y'all are already familiar with. Well, it was the first time I'd heard it, and I thought, "Wow, finally a Kelly Clarkson song I can really get behind." I listened through to the end, totally digging it, when to my horror, the soulless robot voice at the end of the song said, "eDgE oF gLOrY, lAdY gAGa."

I finally know how those serial killers who black out and then wake up with bloody rolling pins and the bodies of children in their hands feel. And it's not all that great.
Posted by Rish Outfield at 9:52 PM No comments:

A friend o' mine had (yet another) child today. And my cousin sent me this cartoon today. So here:

Posted by Rish Outfield at 11:13 AM No comments:

The Letterman Show at 30

Dang, today marked the thirtieth anniversary of "The Late Show with David Letterman." Unfortunately, I didn't realize it until a) the show was over, and b) two o'clock in the morning. I really would like to go on and on about how much Dave's show thrilled me as a boy, and how much Dave himself has inspired me throughout my life . . . but I'm kind of unprepared, and haven't thought of anything to say.

Guess it'll have to wait till Letterman dies. Sorry.
Posted by Rish Outfield at 2:17 AM No comments: