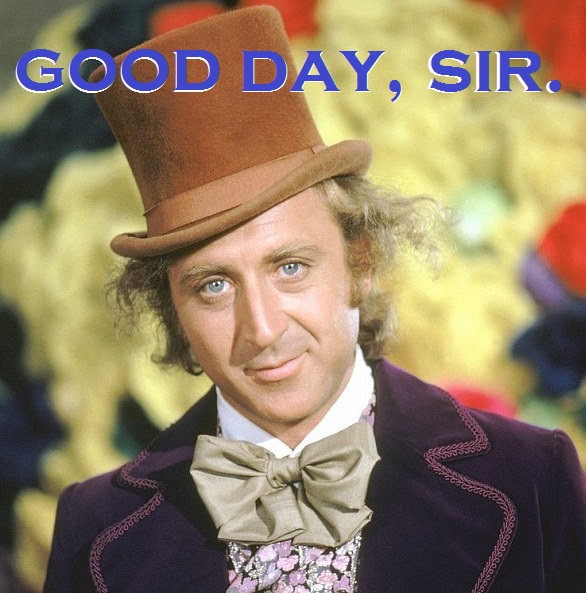 Posted by Rish Outfield at 7:35 PM No comments:

This episode is from so long ago, I thought for sure I'd already published it.  Hard to remember what it was even about.  I seem to recall that Rainy days and Mondays always got Karen Carpenter down.

Podcasting can be many things: a stage, a soapbox, a springboard for ideas, a confessional, an experiment, an artistic outlet, a pastime, a journal.  And, as I've said a time or two, free therapy.

There have been a couple of episodes I've recorded while in a bad mood--either angry or despondent--and used this little forum as a way to feel better.  I think this may be the first of those to actually get released. 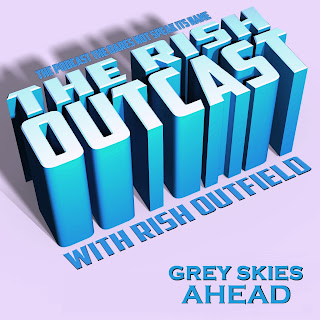 Got something sunnier for you next time, though. 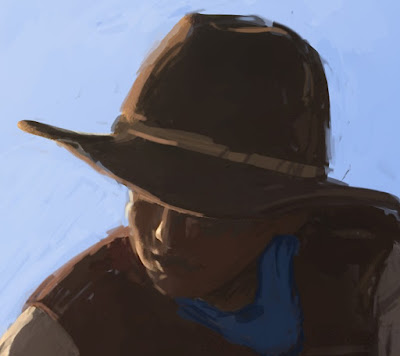 We interrupt our regularly scheduled podcast for a bit of exercise.  Too much?  You be the judge. 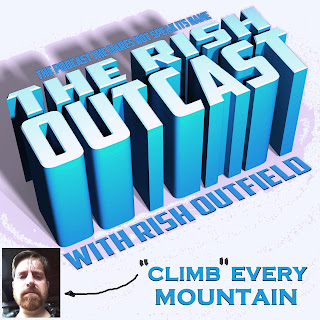 Shudder at the tale of Rish's recent brush with exercise.


Of course, you're free to download the episode by right-clicking HERE.

P.S.  As usual, I'm still after someone who can catalog all of Fake Sean Connery's songs, so I know which ones have not yet seen the light of day.
Posted by Rish Outfield at 9:24 AM No comments:

Rish Outcast 47: Ask Me No Questions (The Voyage Home)

Okay, last time.  This is your brain on drugs. 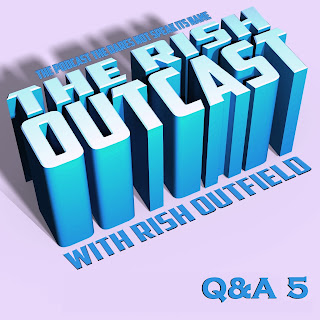 Rish finally gets to the end of Tom Tancredi's list of probing questions.  With these out of the way, maybe we'll be able to start doing story presentation episodes agai--

Feel free to download the episode by Right-Clicking HERE.
Posted by Rish Outfield at 7:02 PM 3 comments:

"Mayenne" is the ninth book in E.C. Tubb's "Dumarest of Terra" series, and may well have been the longest in coming (it was certainly the latest, though not quite two years past the deadline*).  But it's available now.

In this tale, Earl Dumarest is on another starship, with another odd assortment of crew and passengers, when disaster strikes.  The vessel is almost certainly doomed, but is saved at the last moment by a mysterious being, Tormyle, that turns out to be a living planet that is fascinated with humanity, death, fear, courage, and love.

It's a story that would have been right at home on "Star Trek" (as several of these have been), and I found this to be the strongest book in the series up to this point.  The titular Mayenne is a sort of musical diva, who has an almost supernatural singing talent, and who immediately falls in love with Dumarest, as literally every other female character in these books has done.

Tormyle, the planetary intelligence, designs various trials and experiments to test Dumarest and the others, to evaluate strength, speed, intelligence, honor, and that old stand-by of forcing people to choose which of their companions will be killed and which will be spared. 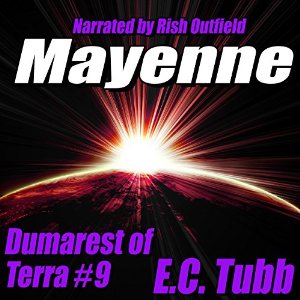 Of all the books so far, I think this was the most pleasurable to perform, and the least problem-laden (though I did have to re-record one chapter, and there was a part early on where I fell asleep during the narration, and had even created a blog post talking about it, which I never published.

I only have one more of these to do.  You can find "Mayenne" at this LINK.

*That particular "honor" will go to "Jondelle," the tenth (and last) book on my contract.
Posted by Rish Outfield at 1:50 AM No comments:

I was at my friend's house tonight, going out to my car, when I saw a fairly large beetle perched on his wall.  "I haven't seen a bug that big since I was a kid," I said, somehow forgetting the cockroaches I encountered (and occasionally managed to stomp) in Southern California.  In my childhood, there would sometimes be big beetles or even bigger moths, but I doubted my nephews had ever encountered such a thing, having lived away from the wilderness their whole lives.

So I decided--foolishly, it turned out--to scoop the big insect up in a Walgreen's bag, and take it with me.  No big deal, right?

Well, imagine you are driving down the hill at night, making sure not to hit any deer (only saw two on the side of the road this time), when suddenly, something large starts to crawl up your leg from the dark.  Imagine further, you're wearing shorts.

Guess it got out of the shopping bag.

Just like you see in the movies, my car swerved into the opposing lane, as I recoiled from the sensation, shouting the name of a well-known deity, and then regaining control of the vehicle enough to pull it off to the side of the road so I could either recapture or get rid of the scrabbling creature.

Oddly, the worst part was then, once the car was stopped, as I fumbled on the roof of the car for the lightswitch . . . as the beetle began to crawl across the top of my foot.

I cringed and tried to shake it off, then got out of the car so I could be a little more physically unrestrained, almost wishing a cop would pull up so I could show him how good a reason I had to be driving like Mel Gibson on Yom Kippur.  But none happened by.

After I found the escapee and made certain I wouldn't be sitting or stepping on it, I got back in the car and kept on driving.  I did nearly pull the car over a second time, though, when the idea came into my head of what would have happened had the insect continued crawling up my leg and into my shorts.

Things can always be worse, boys and girls.
Posted by Rish Outfield at 12:15 AM No comments:

I was looking through the recordings on my magical device tonight, trying to free up some space, when I saw a file called "Rat King reading."  It was a narration I did of a story by Lia Swope Mitchell called "The Rat King," and I did a search for it.

Turns out, the episode went live two days ago, over at Pseudopod, the horror podcast.

This is a short tale told in Second Person, and was inspired by a weird phenomenon known as a rat king, where a mass of rodents get entangled by their tails, and become one filthy, starving, squirming, biting organism.  Like the Kardashians.

It's featured on another of their incessant "Flash on the Borderlands" episodes, with three scary tales in one.  They produce this shite every single week, and we can't even manage to get a show up a month.

Check it out at this link.
Posted by Rish Outfield at 10:43 PM No comments: