With Some Nameless Dread

Was it Poe or Lovecraft who liked to use the phrase "it filled me with some nameless dread?" I always found that to be a nebulous, old-fashioned, almost nonsensical turn of phrase. But late tonight, I was leaving my friend's house to go home, I understood exactly what the crazy dead bastage meant.

You see, a few minutes earlier, my buddy's wife woke up to the sound of a pair of cats fighting or yowling or communing with the unholy spirits of darkness--whatever it is cats do--worried that her cat might be participating. He told her it wasn't, but I had heard nothing.

It was time for me to go home, and I went out onto the front porch. Then I heard it. The sound was bloodcurdling. It sounded like somebody dying. It sounded like the devil having a baby. It was an echoing, horrible, feminine, inhuman sound (sure, it was inhuman because it wasn't made by humans, but why would it be feminine?). It was the most awful sound I can readily imagine, and I've heard more than one song by Ke$ha.

"Jeez, that sounds like an old woman wailing in pain," I said, laughing, as my friend bid me farewell.

But once I was alone, and it came again, I was no longer laughing. The hairs on my arms and taint stood right up, and for the first time in I don't know how many years, I was almost overcome with the urge to run. Run in the direction that ghastly sound was not coming from. There was no logic to it, but I was simply, and most unjustifiably terrified.

I quickly got into my car, and fought the urge to scream at the prospect of something grabbing hold of me before I could close the door, or worse, something leaping onto the windshield to get at me. How that's worse I don't know. I guess because I'd see its face then.

Anyway, it was such a strange and childhoodesque experience, I thought I'd share it here. Seems like that might've been a mistake.

I'm not sure why I haven't mentioned this before, but I recently did a three episode arc over at Giant Gnome Productions' "Star Trek: Outpost" audio drama series. The storyline is called "The Melnoran Solution," written by Tony Raymond and Daniel McIntosh.

I've done a couple of Trek fan productions, with varying levels of success. This particular series is very dialogue-heavy (as would be expected in audio), and this series of episodes are heavy on politics, diplomacy, and protocol. Audio drama is really hard to write and pull off well. I don't really know the series, except that it is very popular, award-winning, and each episode is massive, around an hour ten.

I play the part of Kar'rl Droonga, in pretty much a more formal version of my own voice. He's a Betazoid emissary that's been living among an alien civilization without (most of) them knowing he is not one of them (kind of like that episode of "Next Gen" where the natives worship The Picard as a god and Lilith Sternin-Crane always wanted to have sex with an alien, unless that's two different episodes). But all is not as it appears to be, and my character takes a bit of a turn in his later appearances.

It surprised me, since hadn't known where it all was going, and I wondered if I should have played the part differently, having been tipped off as to motivations and destinations. It must be a bit like playing a part on a TV show with no idea what is to come, only to find out your character is a murderer, or a spy, or a love interest, or is killed, as soon as you get the next script.

It was one of the more difficult productions I've worked on, and required a hell of a lot more time than I'm used to. But the show is high-quality and professional, with original score, sound effects, and a full cast of better-than-average actors, so I guess it's worth it in the end.

Wait a minute, check it out yourself, and you can be the judge.
Part I
Part II
Part III

Not far from the truth 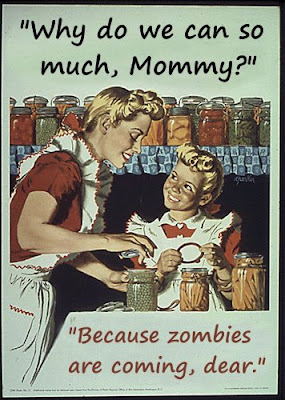 At least, not according to my mother.
Posted by Rish Outfield at 1:26 AM No comments:

Last year, there was a cellphone commercial that nearly made me cry. It was trying to speak to people about why having a phone was important, but it ended up speaking me to be about the human condition. My friend Jeff is as opinionated and even more cynical than I am, and when that ad came on during an episode of "Fringe," I just knew that he'd bad-mouth it. He hates both cellphones AND commercials, so I knew it was bound to earn his wrath . . . but he didn't. He said, "Man, this is a great commercial! It almost makes me want to buy one of their phones."

And from that moment on, we were best friends.*

But once I'd gone home, Jeff looked up the commercial (which ended midway through without having told us what it was about), and sent it to me. And I was floored.
Still am.

I'm not a gamer. I don't have a Wii or X-360 or Pi-Bot-93 or PS4. I did have two X-Boxes in Los Angeles, both of them stolen within three months of each other (by the same guy, who with any luck is being sodomized by a Rubik's Cube as we speak), thereby preventing me from truly appreciating video games in the 21st century. But this commercial makes me wish I were part of that culture. It makes me think I need a Playstation. It makes me wish I were Michael. It makes me want to be a better man.

*Give or take twenty years.
Posted by Rish Outfield at 1:29 PM 2 comments: