What's Going On (With Me)

Every month, I put out a podcast for my supporters on Patreon that I call my Patreon Address.  In it, I usually talk about what I'm up to, what's on my mind the day I record it, and what goals I set for the new month.*

I was about to sit down and start watching "Curb Your Enthusiasm" tonight (it's a show that I've been curious about for two decades, and never actually watched), but first I thought I'd publicly mention a couple of my goals for the month of November (or the rest of the year, whichever comes first).  Because watching television is easy, and practically anything else is less easy. 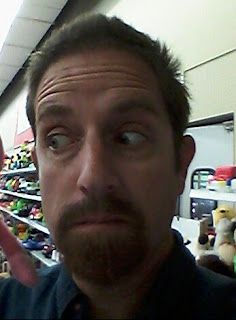 I set a goal in October to put out my two new "Dead & Breakfast" stories, and about halfway through the month, I set a goal to write and publish a new short story, just to see if I could do it.  Well, I got "Touching the Other Side" out there, and managed to write fudgin' "Murder Maze" twice by the end of the month, and published it with minutes to spare.  The second D&B story, "The Night Clerk," was a little bit more stubborn, as it turned out to be about fourteen thousand words long, and according to the rules, that makes it a novelette rather than a short story.

Is a novelette really a thing?  I'm starting to doubt my sources.

But as you saw a couple of days ago (if you saw it here on the blog), I did get "Night Clerk" published, and I spent the weekend editing the audio for it.  When I got to the end, I didn't like how unfinished everything seemed to be**, so I actually UNpublished it, wrote (and recorded) a new ending to the story, and republished it with an extra five or six hundred words in there.  I highly suspect that nobody bought the story in its original form, especially since it was only out there for fifteen hours or so.*** 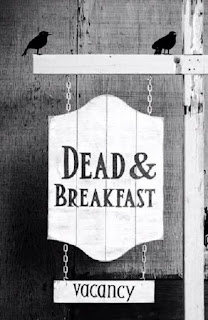 Big Anklevich and I had a conversation recently about his dream/goal of being a full-time writer, and the deadline he set for himself years ago coming and going.  It made him buckle down and try harder to get back on track, culminating in him setting a goal to write every day for a year.  I humored him in his mad quest, but was unwilling to make a similar commitment.  I know a little something about setting goals and failing to reach them, maybe more than a little something.

But I have tried--and failed--this year to get my sequel to "The Calling" out there, and to publish "My Friend of Misery," a story that is so long, no one would dare call it a novelette (heck, it may actually be novel-length if I ever copy-edit it and put it out there).  I keep saying I'm going to sit down and get one of those done, and I keep not doing it.

I also came up with another story idea a few days ago, one with the eye-rolling title of "Comes The Podcatcher," that I have only worked on at my family cabin, and then, only during daylight hours (you may chalk that up to either cowardice, or more abject laziness).

So, here is me publicly stating that, before the end of the year, I will finish "Podcatcher," and I will publish either "The Calling: Reunion," or "My Friend of Misery."  I'd also like to put out my sequel to "Like A Good Neighbor," since I completed that one this year.

Let's see if I can do a little bit better, in the days still left.

*I also talk about my failure to achieve the goals for the previous month, but that's neither here nor there.

**I didn't answer some of the questions, not due to excessive laziness (for a change), but by design: I knew I wanted to write more "Dead & Breakfast" stories, so I thought if I didn't explain what happened with certain characters, I might be motivated to come back and write a story or two filling in the gaps.  We'll see.

***I'm reminded of a bit of weird trivia concerning THE SHINING.  When the film was first released in 1980, it had an epilogue that explained what happened to Wendy and Danny (and Mr. Ullman), and for some reason, Stanley Kubrick changed his mind about it, and actually went to every theater showing the film, and physically cut the scene out of the last reel, despite it having already been released for a few days.  Even more strange is that, according to various sources, Kubrick destroyed all copies of the scene and its negative, and it remains lost to this day.