So, you may ask, "Rish, why do you do these painting things, when you could be writing or working on podcasts?"  To which, I say, "Come on, give me a break."  I find painting extremely relaxing, and while I finish up "The West Wing," it feels like multi-tasking.

Anyway, Anti-Venom is a character I was unfamiliar with until I saw an action figure of him in 2015.  Turns out, I've known who he is my whole life. 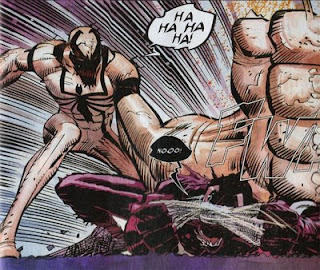 Flash Thompson, one-time nemesis and later friend of Peter Parker became a superhero in his own right when the Venom symbiote bonded with him, creating a new version of the character that calls himself Agent Venom, Anti-Venom, and most cleverly, Agent Anti-Venom.**

He has a white design, with a black spider, and a neat face with black and white and red, like this: 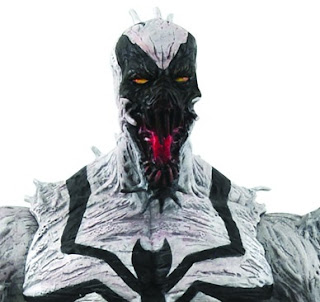 I had a used 2015 T-Rex (from a used lot I bought last year with various loose dinos in it) that I grabbed to paint. 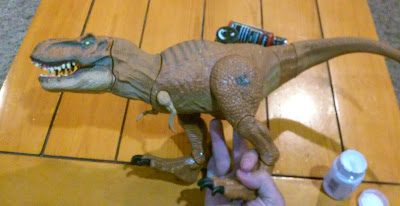 First thing was to cover it in white. 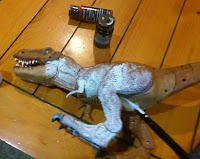 To my surprise, the figure's skin ate up that white in a great, rather-lifelike way. 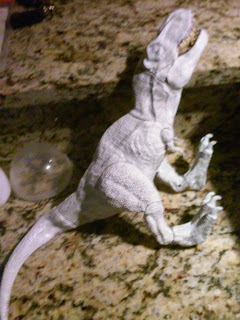 It looked preeeetty good, but then I did the head. 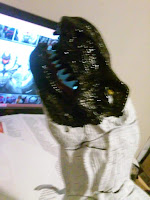 And wow, the head makes all the difference.

Dude, the red eyes and black teeth totally lend themselves to a T-Rex's head shape.  It looks awesome! 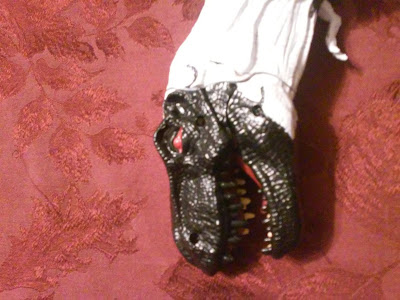 Having never read a comic featuring Anti-Venom, I shouldn't give a single crap about the character . . . but I like the design so much (especially on a dinosaur), that I think I'd count myself a fan all of a sudden.  Is that weird?

Next up was to paint the spider . . . which was the least-successful part of the custom. 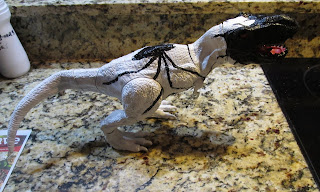 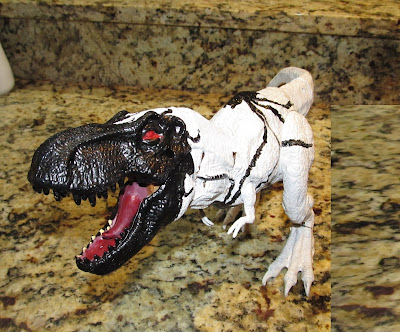 And here's the final product: 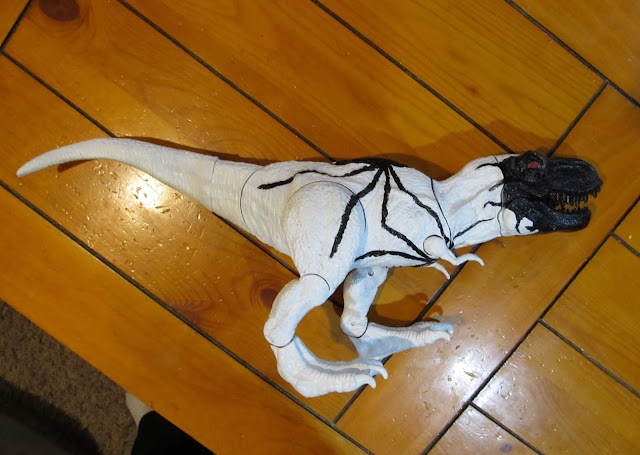 Here he is squaring off against the Carnage Indoraptor: 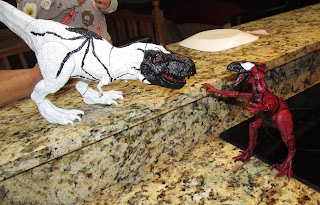 And here's all three together:

I don't know where to go from here, except that I still have two more 2015 T-Rexes.  Hmmm.

*I did a little research just now, and I read that Flash can only be merged with the symbiote for a short time before it starts to take over, and he begins murdering people.  I can totally get behind a story like that.

Posted by Rish Outfield at 5:54 PM