"Choice of a Sidekick" Available On . . . Somewhere

So here it is. 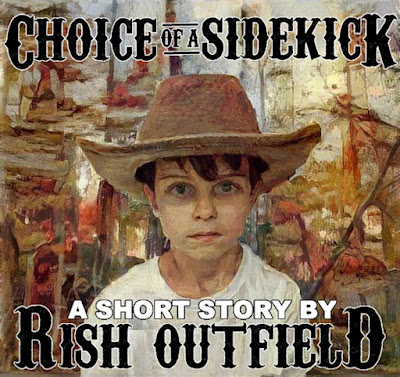 "Choice of a Sidekick" was initially titled "A Sidekick's Holiday," until I realized that didn't work (not that "Choice of a Sidekick" will make a shortlist of good titles), and tells the tale of Benny Parks when he was nine, back at the San Domingo orphanage we met him at in 2005.*  It is a slight story (only about five thousand words) that may become important(ish) depending on how many more of these I get written.
So, here's the thing: I suggest you skip this one.  It's not necessary that you read it, and it's certainly not necessary that you buy it.  In fact, I'm going to not only suggest you not go to Amazon and pick this up, but I'm going to forbid you to.  You don't need this story in your life.  No one does. 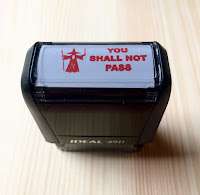 I told Marshal Latham I would ask people not to buy it, and I fear he thought I was joking.  I ain't joking, kids.  I'm only posting this here because I knew I'd find an excuse not to publish it again this year if given half the chance.

If I'm not able to dissuade you--and hey, last time: this is not a story you need (or should want) to read--it is available on Amazon AT THIS LINK.

I know the cover's not particularly good, but my nephew is currently the same age Benny is in the story, so I took a picture of him in a thrift store with a cowboy hat on. 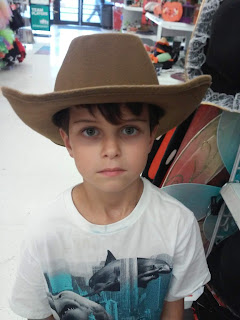 I took a picture of the trees behind the family cabin, and awkwardly inserted him into it.  Then, I found a website that turns photographs into something resembling old paintings.  I tried a bunch of different iterations, like these three abominations:

Finally, I decided on an earthtone one, even though the story takes place at Christmastime.  Big stuck the title on for me, and there you go.  So that part of the process, at least, is kind of interesting.

Rish "Hell of a Salesman" Outfield

*Well, you didn't meet him then, unless your last name is Anklevich, but I met him then.