So, Steve Martin's got a sequel out to his PINK PANTHER remake this week. My niece was over the other day, and had turned on the 2006 film . . . and I had forgotten how awful it was. I fully expect the sequel to be awful too. 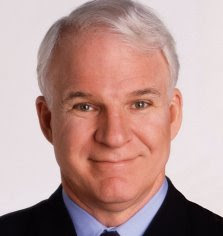 But rather than focusing on the negative, I thought I'd look back at Steve Martin's brightest moments. I asked people for their favourite five Martin films, and I think it was an easier question to answer, since I got more responses the first day than I did on the last one total.

Wow, two mentions of MUPPET MOVIE. Maybe I should check that out again.

Merrill sent me:
1 Planes, Trains & Automobiles
2 Little Shop Of Horrors
3 Parenthood
4 Father Of The Bride
5 Cheaper By The Dozen

The day after I finally posted this list (which was so late, President Obama's second term is about to begin), Jeff the Chemist sent me his list. He also has only seen a handful of Steve Martin movies. Weird.
1-Planes Trains & Automobiles
2-The Jerk
3-LA Story
4-Dead Men Don't Wear Plaid 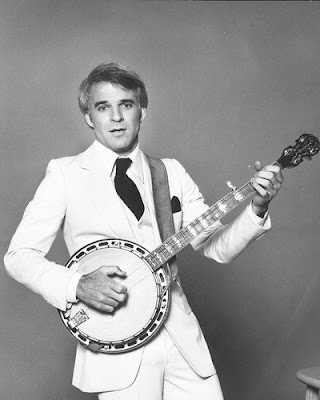 I've been slow in compiling the results, but they appear to be:
1. PLANES, TRAINS, AUTOMOBILES
2. THE JERK
3. (tie) THE MUPPET MOVIE/L.A. STORY
5. THREE AMIGOS

Not bad. I ought to do this more often.