Recently, Marshal Latham over at the "Journey Into..." podcast edited and ran "The Gold Bug" by Edgar Allan Poe, and promptly had a nervous breakdown.  Anybody would.

So, he asked others if they would produce an episode of his show, sort of guest-hosting like Joan Rivers, Dave Letterman, and Jay Leno used to do for Johnny Carson.  Dave Thompson, Podcastle Enforcer did a show, and Marshal asked us to do one too, centered around "The Lottery" by Shirley Jackson. 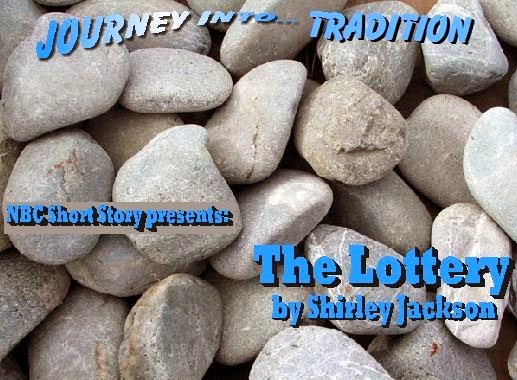 1948's short story is one of the classics of the 20th Century, and while I don't think the NBC 1951 version we "presented" on the show does it justice, it was still fun to talk about it.

I thought it would be amusing to tie Marshal up and stick him in the basement, and maybe it's only amusing to me, but we're over there, making his controlled, reverent show quite the opposite.

Check it out, if you wanna, at this link: http://www.journeyintopodcast.blogspot.com/2014/03/journey-91-lottery-by-shirley-jackson.html

Also, back in January, we took part in a group poetry reading session scripted by Senor Latham, that should be enjoyable.  It's at this link: http://strewnalongthepath.blogspot.com/2014/03/9-strewn-along-path-impromptu-poe-etry.html